When I see the posts in forums and groups, they often start out the same way.
I’m starting a new business.
I know I need to have a contract.
I don’t have a lot of money to spend right now.

Then the big question… “Does anyone have a contract they can share with me?”

Often followed by a second comment, “I don’t want my contract to have a lot of legal speak in it. I don’t want to scare clients away.”

If you ever want to see me respond to a post with fists of fury, speed typing as fast as I can? Post a version of this post. I’ll try to film what happens, but no guarantee that a modern-day camera could even document it. It is THAT fast. 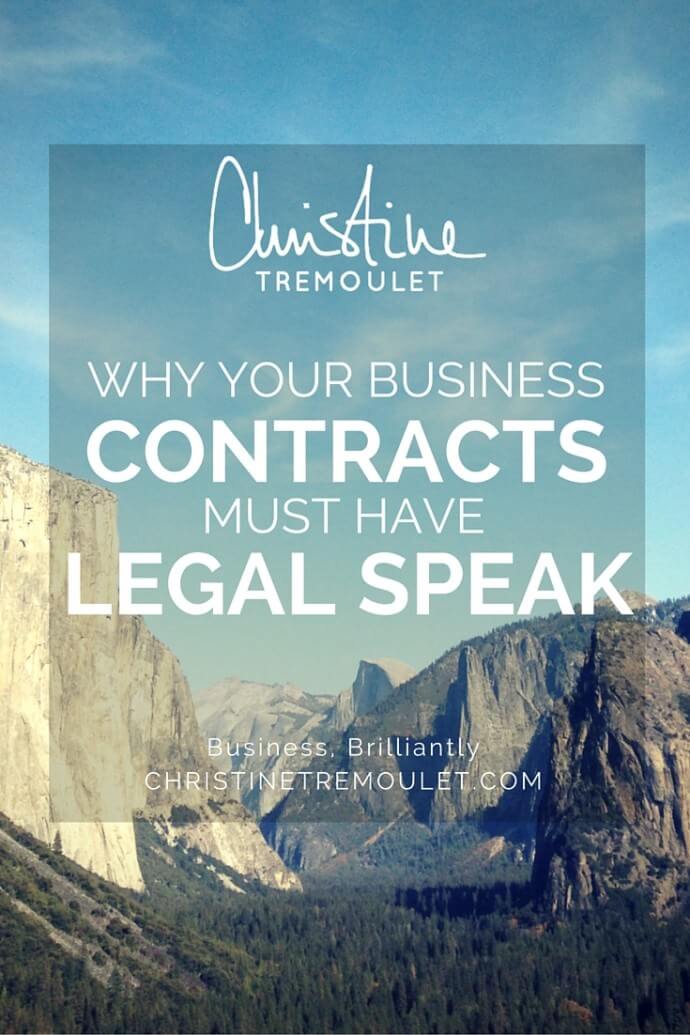 Get Your Contract from a Lawyer, Not Your Peers

Let’s say you’re a wedding cake baker, and you’re asking another cake baker to share their contract with you. Did they go to law school? Did they write their own contract? Where did it come from? How do you know it is even legally binding?

You don’t. You know that she makes a bad-ass buttercream frosting, but you do not know that she knows the law. Stick to recipes here, ok?

Lawyers go through a number of classes to help them learn the exact words to use in a contract. Every. Word. Matters. Words in contracts have nuances that you and I have no clue about. (Unless you are reading this and you went to law school.) Changing those words up has an impact on you if you should ever find yourself in court with a client.

An important thing to remember – your contract doesn’t just protect you, it also protects your client. So if the wording is unclear, and a client takes you to court, it could end up protecting them MORE than it protects you, and you could lose everything. All over the spoiled buttercream frosting – you really should have stuck to getting a good recipe from that other baker.

Think I’m crazy? You can read here all about the comma that cost a company almost a million dollars: New York Times: The Comma That Costs 1 Million Dollars (Canadian).

You need to know WHERE your contract came from, and that it is a trusted source that could support you in the court of law.

You don’t want clients getting out of payments because of a loophole. Or really, any other number of things that might happen to your business. Just don’t do it. Do not ask your peers for a contract.

Looking for a contract or legal form for your business? Rachel Brenke’s Blog Legally has you covered. If you’re a photographer? Check out her site just for you at The LawTog.

Starting with a contract from a lawyer? So much safer than trying to do it yourself and ending up in legal trouble! Rachel is a lawyer who also has her MBA and is an entrepreneur. Want to know more about her? She was a guest on the very first Business, Brilliantly podcast.

About the Legal Speak Thing in Contracts

Adding another layer to the possible mess of this whole contract situation is if you take a well worded contract and decide that it needs to not be so scary.

After all, you don’t want someone to be intimidated by all of those legal terms and not sign it, right?

I’ve already covered above the initial problem with thinking like this – it could land you in hot water and cost you a fortune if something happens and things go wrong.

There is a secondary problem here as well, looming in the background. When was the last time you purchased something that had a long contract attached and you said, “Nope! Too many legal terms. Forget it!”

Most people buy a car or a home while barely reading what the contract even says. Once you have made the decision to purchase something? The legal wording isn’t of much consequence. You might ask for explanations of paragraphs, but beyond that you just sign your name so many times your hand cramps up.

If you believe in what you are selling, you know that it is accurately priced, and that you will provide the service requested? You have nothing to fear when it comes to presenting that contract. They have already agreed to work with you, the contract is simply a formality.

I get it. Putting yourself out there is scary. Never apologize for it though, and do not fear that your contract will turn them away. Want to talk more about your business? Let me know!

#photography Why Your Business Contracts Must Have Legal Speak in Them: When I see the posts in forums and gro… http://t.co/t1l9tht9r1

Holy Holy ! Just got mine and you make me feel like I just saved my ass! It’s true that legal contract is kinda tabou!

I will also add – it’s a lot, lot cheaper to pay a lawyer on the front end than to litigate later. And for service providers that create things, your contract is critically important because if you do it wrong you give away all of your enforcement leverage!

Why Your Business Contracts Must Have Legal Speak in Them #catering #wedding http://t.co/IiJGpuZknN

I love the fact that it is the same service providers that claim people don’t value their work, that you should not DIY what they do … that then want to write their own contracts.

You can be a coach, a web designer, a baker, a photographer — all without a degree. You can’t be a lawyer without one.

I am not sure about other creative industries, but graphic artists and ones that also do web design can have access to “legal agreements and contracts through the Graphic Artists Guild, which is National and has local chapters. My fellow designers have NO excuse to do it themselves =P.

(I love that Maria Collorafi & I are the only two non-lawyers to comment on this. <3 )

Christine did you see my scope about the time I hired an employee without a lawyer reviewing my offer? Most expensive $200 I ever saved. And the worst part? I knew better….except I thought I knew enough. Ouch.